James Gunn reacts to a high-school talent competition that recreates the dance sequence from Peacemaker, claiming that the original was shot in a comparable auditorium. 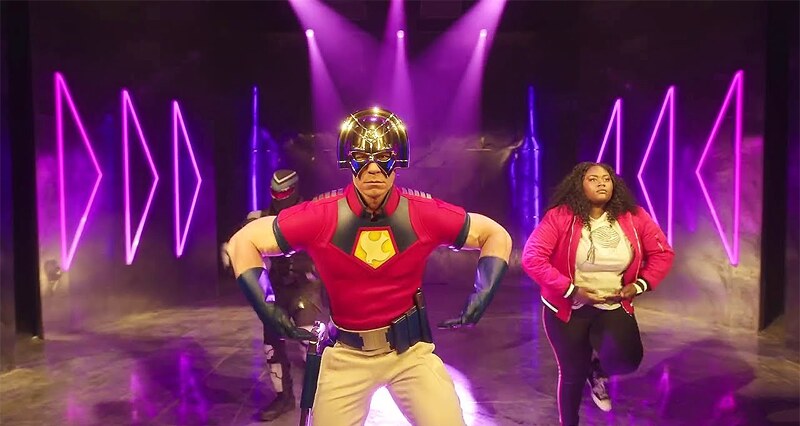 A videotape of the Peacemaker introduction dance routine being replicated for a high school talent event has prompted director James Gunn to respond. The series, which stars John Cena as the titular hero/antihero, is a direct spinoff from James Gunn's The Suicide Group, and follows the vicious mercenary as he is recruited by Amanda Waller's A.R.G.U.S. to join another black ops squad. They've been tasked with dealing with an extraterrestrial menace in the shape of parasitic butterfly-like organisms who've taken up residence in human bodies.

No kidding, we shot the actual opening in a school auditorium not so different from that. #Peacemaker https://t.co/S9IsLv8ReU

Peacemaker has already been renewed for a second season, so fans will be interested to see what happens with the beginning dance sequence as fresh episodes air. Given that several of the characters from the original scene are no longer alive, such as Annie Chang's Detective Sophie Song and Robert Patrick's Auggie Smith, the sequence is likely to be re-choreographed and re-filmed. The launch date for Peacemaker season 2 has yet to be revealed, so fans may have to wait a while to watch more of John Cena's dance moves.