Johnny Depp admits during his testimony against Amber Heard that he has never watched Pirates of the Caribbean: The Curse of the Black Pearl. 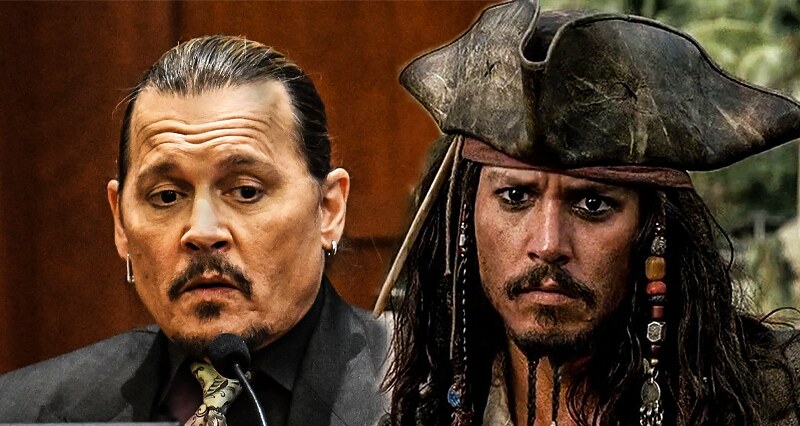 The possibility of a sixth Pirates of the Caribbean film has been discussed since before the fifth, but no new information has been released about the project in a long time. The production of a sixth Pirates of the Caribbean film might possibly be hampered by Depp's current legal issues. The 58-year-old actor's troubled marriage with ex-wife Amber Heard has long been the topic of tabloid headlines, and the two stars' bitter spat has now moved to the courtroom, with Depp suing Heard for $50 million in defamation.

Depp's evidence in court against Heard included an unexpected admission: he'd never seen Pirates of the Caribbean: The Curse of the Black Pearl, according to Matthew Belloni, creator of Puck News. Belloni considers Depp's admission "a baller move," noting that he was nominated for Best Actor at the 2004 Academy Awards for his performance as Sparrow.

Johnny Depp just said in court he never saw the first PIRATES movie. Remember, he was nominated for an Oscar for that film. Just a baller move right there.

It's unclear how Depp's current legal issues will affect the Pirates of the Caribbean franchise's future. Even said, it's becoming increasingly improbable that Depp would reprise his role as Captain Jack Sparrow. The Pirates of the Caribbean series may have to learn to thrive without Depp's presence, with a spinoff reportedly in production with Margot Robbie attached to feature. Many fans believe the latter episodes are notably worse than Pirates of the Caribbean: The Curse of the Black Pearl and the other two original trilogy films, therefore it could be a good thing for the franchise to receive a fresh start.