10 Best Tom Holland Movies That You Should Watch

Over the years, Tom Holland has acted in a variety of unusual productions, from modest family dramas to one of the most successful superhero franchises ever. 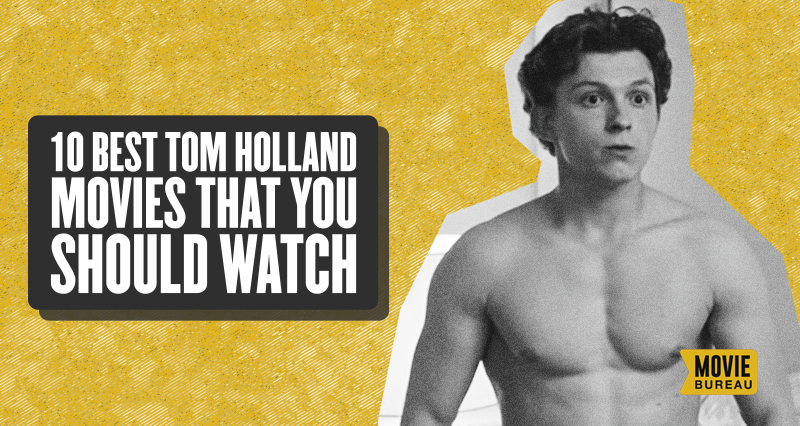 Tom Holland has developed into one of the most sought-after and well-liked performers in the industry in recent years. Following his breakthrough performance as Spider-Man in the MCU, Holland went on to participate in a number of additional high-profile projects that increased his notoriety.

Holland has acted in a number of the most financially successful movies of recent years, in addition to a few smaller, more experimental ones. The actor's outstanding filmography up to this point is more evidence that he is on the right path to become the next major Hollywood star. 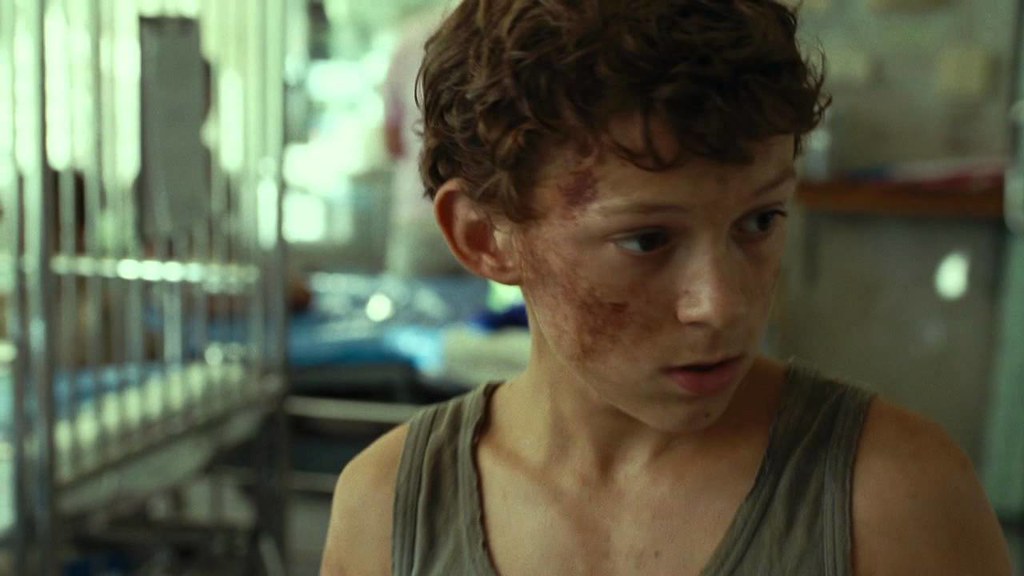 A family on vacation in Thailand is torn apart by a violent tsunami, leaving them all alone and without help or assistance, in the gripping thriller The Impossible. Holland plays it, in what many consider to be one of the greatest kid performances ever, in his first successful Hollywood role.

Although the movie is highly dramatic and upsetting to see, you can't help but stay focused on it thanks to the gripping performances by Ewan McGregor, Naomi Watts, and Tom Holland. It doesn't get much more spectacular or distressing for lovers of true stories than The Impossible. 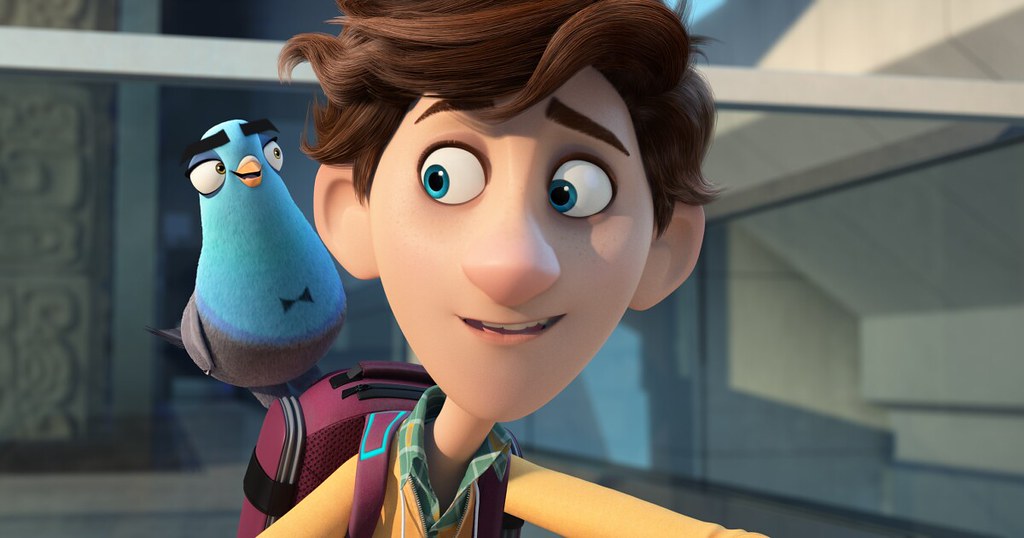 Spies in Disguise stars Will Smith and Tom Holland as a gadget creator who is sent on a top-secret clandestine operation with the destiny of the world at stake. Despite being one of Holland's less financially successful movies, it continues to be a major favourite with fans.

The movie's Smith and Holland sequences are continuously and reliably amusing to watch because of their great on-screen chemistry. The plot will captivate families and younger viewers, and it is full of endearing asides and enduring gags. 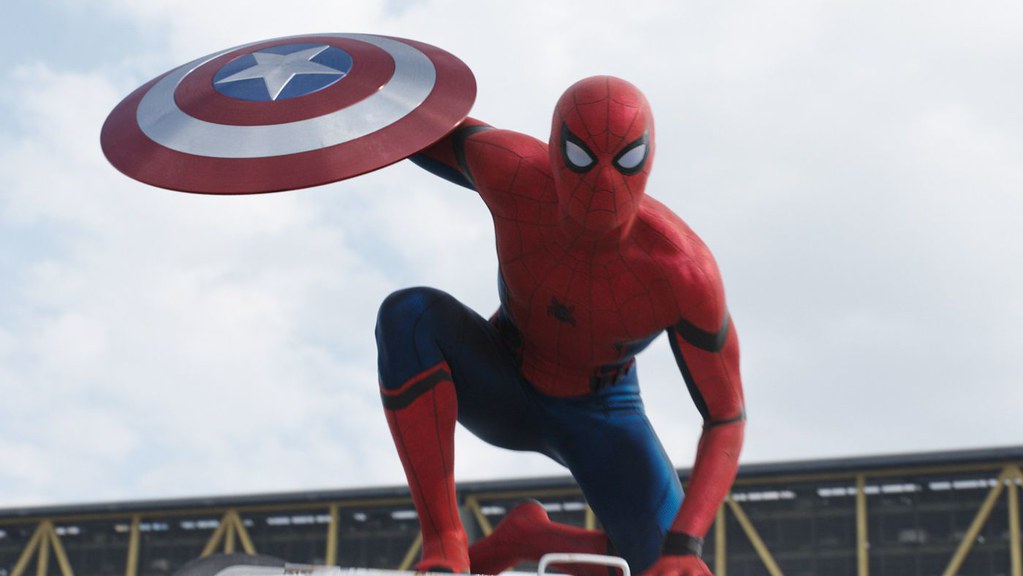 There was a lot of expectation on Civil War, the third film in the MCU's Captain America trilogy, to produce an exciting and compelling plot with high stakes, and the movie succeeds in doing just that. The movie is one of the most gripping and thrilling in the whole MCU after the struggle between Captain America and Iron Man.

Holland's Peter Parker, who will go on to become a favorite of Marvel fans, is also introduced in the movie. Every moment is significantly more enjoyable when Holland's character is there, and it is with delight that this movie introduces his endearing persona. 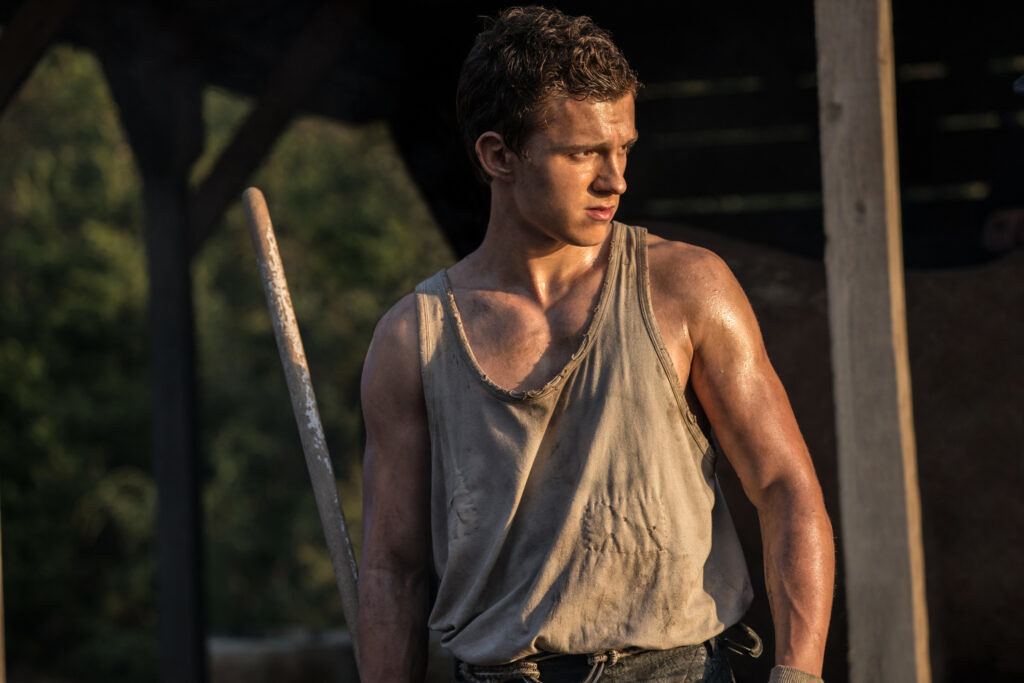 One of Holland's first big-budget productions outside of the MCU, Chaos Walking earned generally positive reviews from moviegoers despite not being a significant critical hit. It is based on Patrick Ness' book The Knife of Never Letting Go and is set in a society where males can read one other's minds and women are extinct.

In the movie, Holland plays Daisy Ridley's opposite, and the two get along well on screen. They appear in several moments together and successfully hone both their characters' and their relationship's nuances. Their friendship keeps the movie from becoming sucked into its own complicated storyline. 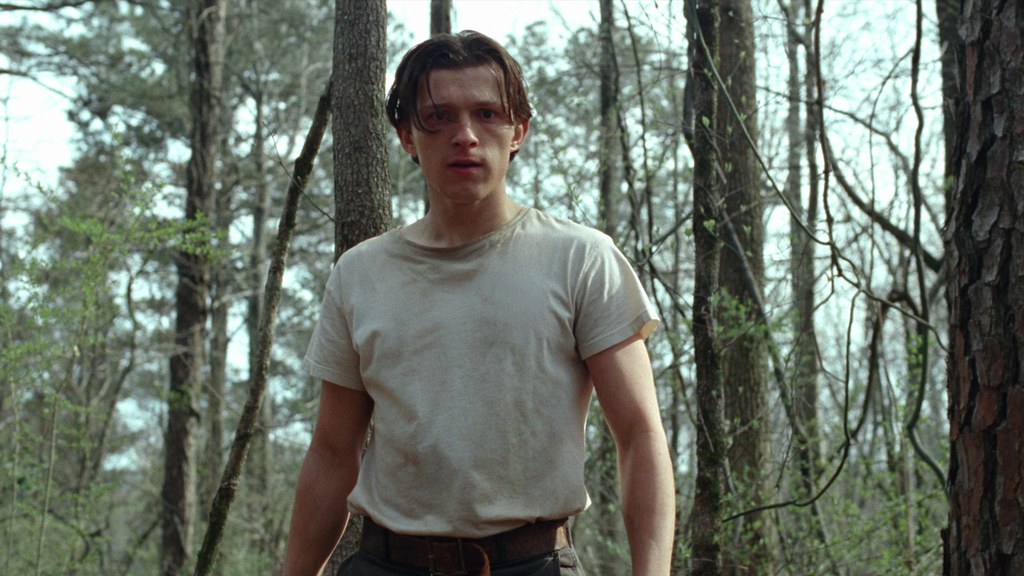 Holland, who plays a very unfortunate young guy who must deal with corruption and nasty people in a tiny rural village, is a perfect illustration of how skilled and varied he can be. It was one of Holland's earliest "dark" parts, and he does a great job of portraying the part.

Among the outstanding ensemble cast in The Devil All The Time is Robert Pattinson, who gives one of his greatest performances to date. Although it is a dark and twisted plot, the developed and well-rounded characters help to root it in reality and humanity. 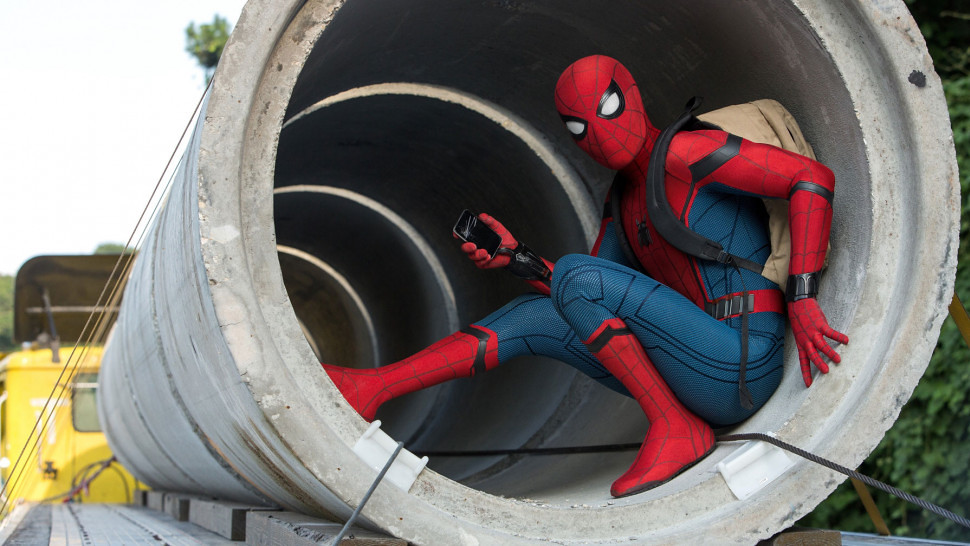 Tom Holland totally transforms the role into his own in his debut solo film as the MCU's Spider-Man and retells the narrative for a modern audience. Along with having a strong connection to the MCU, the narrative also offers a touching and gripping plot that makes viewers feel strongly about Holland's interpretation of the character.

It's difficult to believe that Holland's captivating portrayal as the eponymous web-slinger didn't play a significant part in Homecoming being one of the most well-received Marvel movies to date, both with critics and moviegoers. The entire trilogy has some of the finest superhero narrative ever produced on the big screen, but Homecoming is the one that originally defined this tone's distinguishing characteristics. 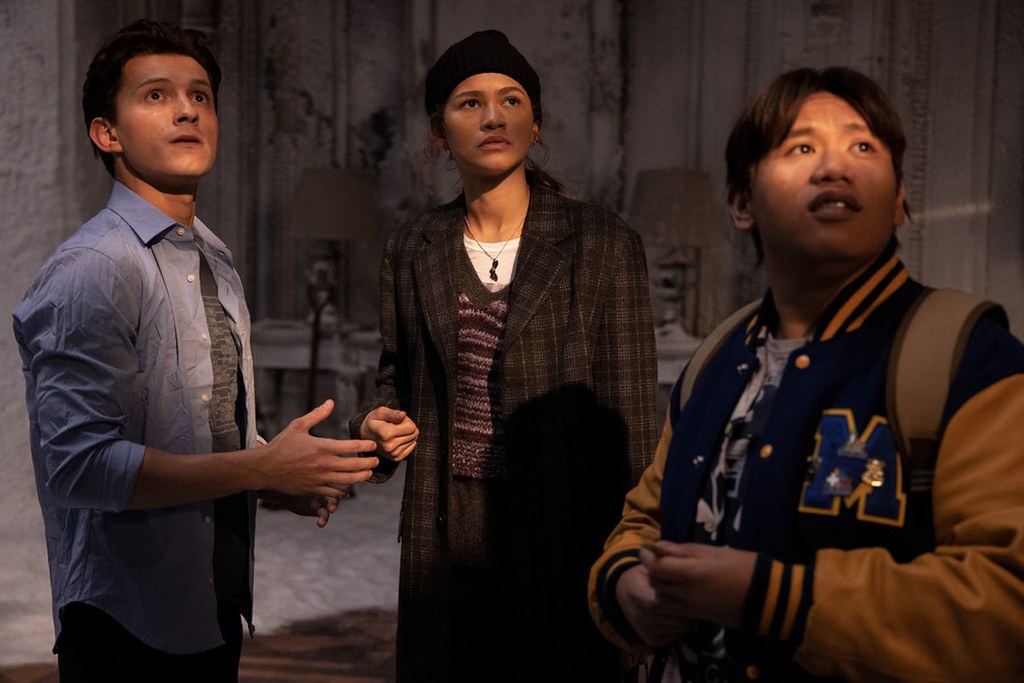 With both Andrew Garfield and Tobey Maguire reprising their Spider-Man roles in this breathtaking celebration of three generations of film, No Way Home was unquestionably the cinematic event of 2021. Holland's first trilogy has a terrific finish, and it also serves as a sort of atonement for how the other two actors' tenure as the role ended.

It's hardly surprising that moviegoers loved the movie because No Way Home features some of the most spectacular action and storytelling the MCU has to offer. As the conclusion of one of the most adored superhero trilogies ever, it soon rose to become one of the highest-grossing movies of all time. 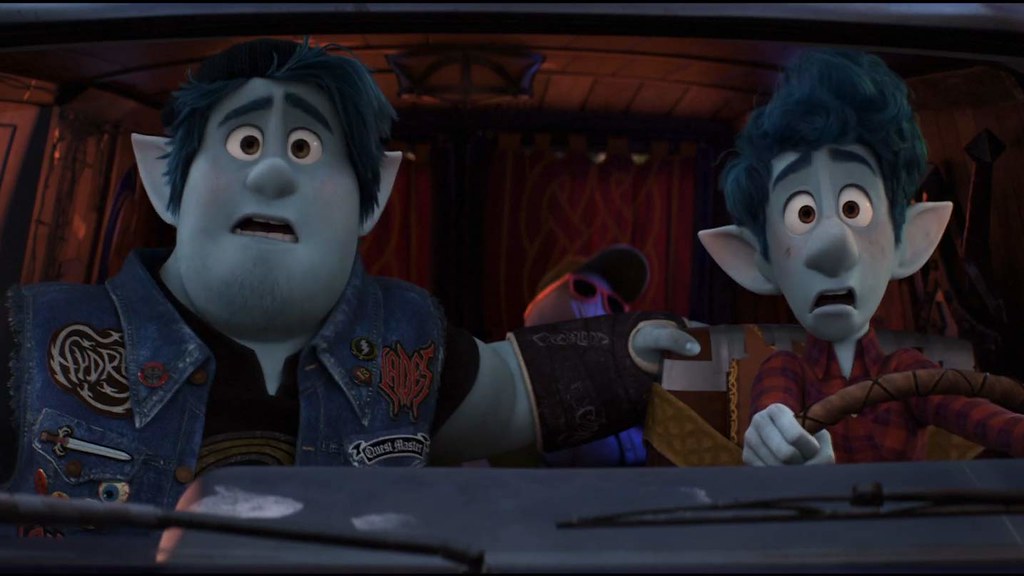 Tom Holland and Chris Pratt play adolescent elf brothers who set out on a magical mission to spend one more day with their deceased father in the Pixar film Onward. With two engaging and enduring characters at its center, it's one of Pixar's most moving and heartwarming movies to date.

It's a lot of fun to see Holland and Pratt together, and it's really simple to root for them as brothers in their fictional connection. Onward may not have the big plot or high stakes of other of Pixar's more well-known movies, but it does contain one of their most interesting characters and families. 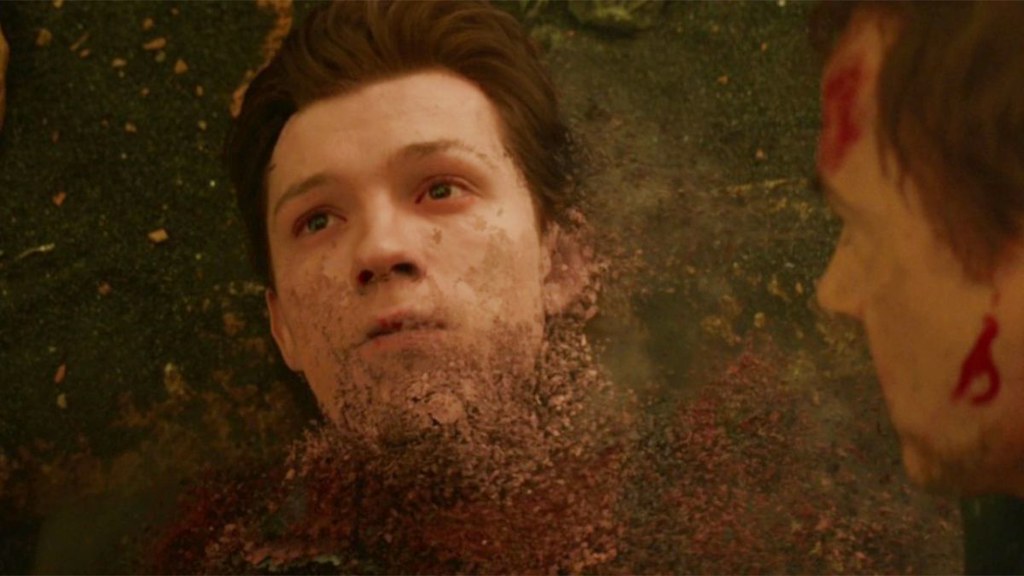 The first story finally comes to an end with Infinity War, ten years after the MCU debuted with Jon Favreau's Iron Man. Although it's sometimes considered as "simply a superhero movie," the movie is actually a vast epic with rich character development and emotional payoffs.

One of the greatest heroic villains ever portrayed on cinema, Thanos, was also introduced in Infinity War by Josh Brolin. He completely steals the stage in each and every scene, which is especially amazing given the abundance of outstanding actors and actresses in the film's ensemble cast. 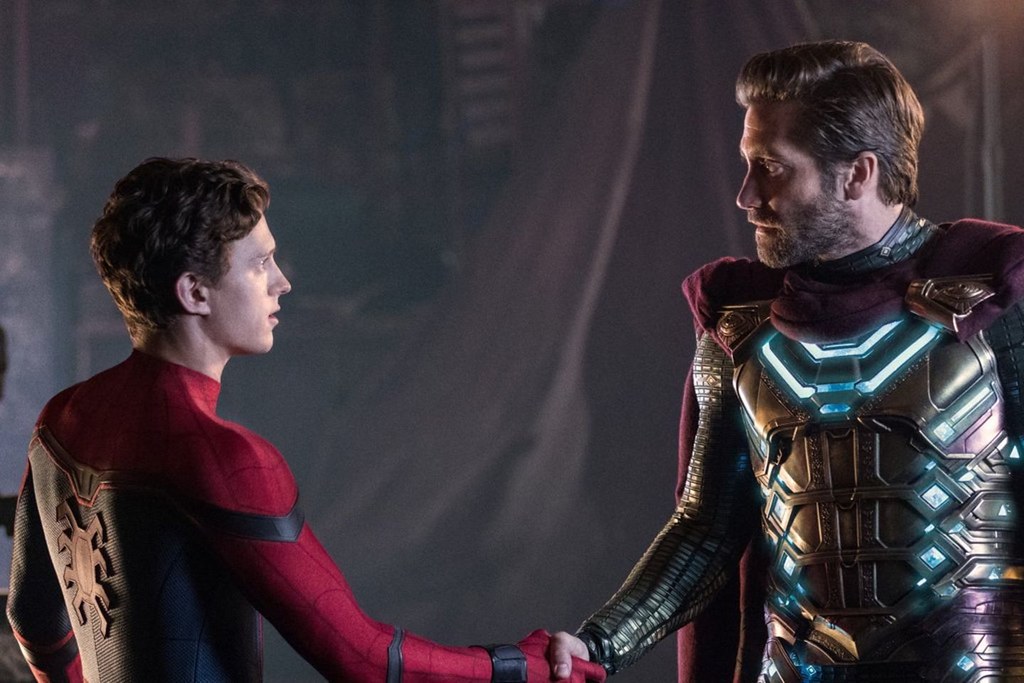 Far From Home is still a very exciting action/adventure that furthers Peter Parker's tale in an interesting and fascinating way. It is maybe the underappreciated gem of Holland's Spider-Man trilogy. It radically departs from the conventional superhero formula, which is very much to its advantage.

Mysterio, played by Jake Gyllenhaal, is a fascinating and original villain who makes a fantastic counterbalance to the impressionable Peter Parker. Parker possibly gains the moral fortitude required to prevail in No Way Home as a result of Mysterio's treachery, demonstrating how powerful and accurate the character development in this trilogy is.