The Reason Why Game of Thrones Spinoff Bloodmoon Was Canceled

The original concept for a Game of Thrones spinoff from HBO was bold and unique but maybe too much. 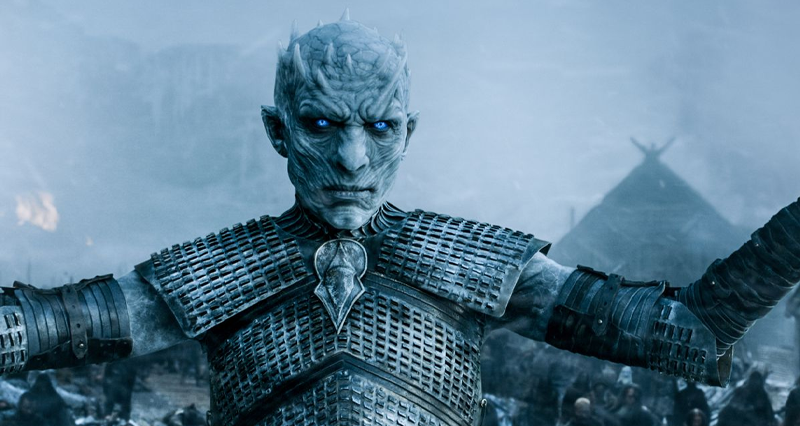 The House of the Dragon on HBO is the ultimate Game of Thrones prequel idea, at least on paper, but we won't know for sure until its August 21 launch. The series, which will portray the enormous Targaryen Civil War known as the Dance of the Dragons, contains about every aspect you'd want in a Thrones sequel.

The tale at the heart of House of the Dragon, like its parent series before it, once again concentrates on family, power, and the conflicting interplay between those two ideals. This dance of the dragons will have a lot of murder, courtly intrigue, and dragons—oh, so many dragons—if it follows the guidelines provided by author George R.R. Martin in his Westerosi history book Fire & Blood.

It's appropriate that the first of many Game of Thrones offshoot projects to appear on HBO's servers is House of the Dragon. What's intriguing, though, is that it wasn't even close to being the first project approved.

When it comes to informing fans about upcoming Game of Thrones initiatives, the decision-makers at HBO have been remarkably open-minded and honest. In the summer of 2018, HBO announced that the first spinoff in the franchise has been approved. Though that wasn't the Dance of the Dragons' obvious option. Instead, it was a theory that dated back 8,000 years, or much deeper, in Westeros' history (as opposed to the roughly 180 years back in House of the Dragon).

The movie, provisionally dubbed Bloodmoon, was to be directed by Stardust and Kick-Ass writer Jane Goldman and would focus on the legendary period of Westeros known as The Age of Heroes. The series would feature Naomi Watts in the title character and go more into the emergence of the white walkers during The Long Night. Bloodmoon even went as far as to film a pilot (with a rumored $30-35 million budget), but in the autumn of 2019, HBO abruptly cancelled the project.

What transpired with Bloodmoon, then? Why did HBO first determine it was the best Game of Thrones spinoff then determining suddenly it wasn't? We now know more about the beginnings of House of the Dragon due to a substantial article in The Hollywood Reporter. The THR article, one of two they will be releasing, is well worth reading. This first dispatch describes House of the Dragon's winding journey to our television screens, while the second episode promises to dive further into the characters. However, THR has a lot to share about Bloodmoon: The Show That Never Was in its account of House of the Dragon's arrival.

Although it now seems obvious that viewers would want more of the same elements that made Game of Thrones great, one cannot begrudge HBO from wanting to switch things up a bit in the immediate aftermath of that poorly received finale, according to the executives and creatives interviewed in the feature, HBO's decision to proceed with a Long Night TV show first stemmed from a sincere desire to do something different with the Game of Thrones IP.

”The desire at HBO was to not just offer up a sequel that’s about the war for the throne. They wanted to do something so totally different that it would blow everybody’s minds. I think that’s why they went with The Long Night instead.” - Ryan Condal, House of the Dragon showrunner

Although trying to blow people's minds is a laudable storytelling objective, it appears like Bloodmoon struggled to do this owing to George R.R. Martin's lack of narrative runway. Simply simply, Martin's books include very little information regarding The Long Night. Only in passing is it brought up, and even then it is acknowledged to be the stuff of untrustworthy folklore. This indicates that Goldman had a lot of creative freedom while developing the narrative, themes, and surprises for the program.

You might understand how it may seem alluring on the one hand. Francesca Orsi, vice president of drama at HBO, makes it look that way when she tells THR:

Tonally it felt very adult, sophisticated, and intelligent, and there was a thematic conversation at the center of it about disenfranchisement in the face of colonialism and religious extremism.

On the other side, the last season of Game of Thrones initially failed because there wasn't enough material to take from Martin's books. Bloodmoon was "a very difficult assignment," as Martin notes in the THR story, obviously aware of this.

HBO eventually came around and decided to drop the Bloodmoon pilot. The episode "wasn’t unwatchable or horrible or anything," according to Robert Greenblatt, head of HBO parent firm WarnerMedia, but it lacked a certain alchemy that the original series' pilot possessed.

Although no one specifically states it in the article, it does appear that everyone involved is tacitly in agreement that Martin's narrative framework was what initially made Thrones a hit. HBO appears to be open to hearing from the original inventor of this vast world if he is still alive and ready to become involved. Indeed, Martin submitted two unique concepts to the network—House of the Dragon being one of them—along with The Tales of Dunk and Egg, which was also approved.