Marvel is getting ready to reintroduce major street-level antagonists like Kingpin to the MCU, but there's a new figure in the wings who may usurp all the authority and glory. 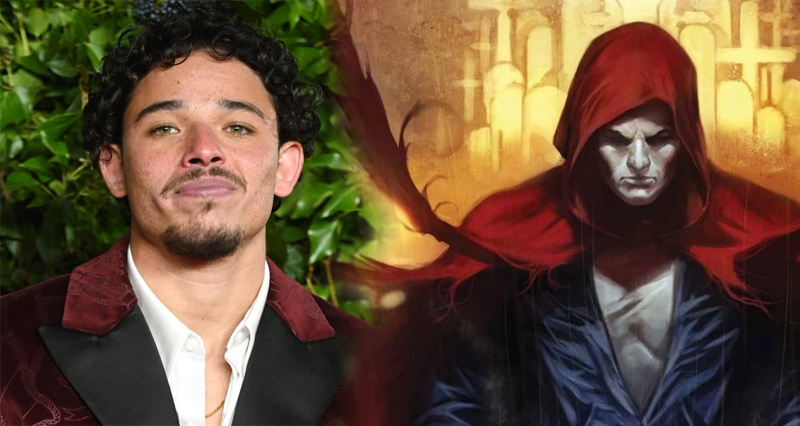 Kang the Conqueror will be the multiverse menace that Earth's mightiest heroes must contend with. Marvel Studios has already decided on the major antagonist that they will carry into the upcoming stages of the Marvel Cinematic Universe. The two-part Avengers conclusion, however, might not be sufficient to tie up all the loose ends in the many facets of the Marvel Universe. Is the studio covertly developing a secondary villain?

From Doctor Doom to Magneto, there are several individuals that might fill this position, but the most of them are simply too interesting to take a backseat to someone like Kang. Despite this, one opponent has established himself as a useful tool for testing the limitations of the street-level vigilantes in the pages of Marvel Comics. The MCU could be setting the framework for this villain and the group he has frequently led to show up. Will The Hood's less well-known figure advance to the next level?

The Hood's secret identity is Parker Robbins. He first appeared in The Hood #1 in 2002. Brian K. Vaughan and Kyle Hotz were responsible for his creation. Robbins, a small-time criminal, turned to crime to support his ailing mother for most of his youth. He was drawn into the realm of super villains by early recollections of a fight between Electro and Daredevil, although he would eventually acquire his abilities in the course of an unforeseen meeting.

Robbins and his accomplice were ambushed by a demon after a job gone horribly wrong. Parker struck gold when he managed to kill the demon before it could inflict damage on the two. Parker took the cloak and boots the demon was wearing, both of which were straight from Dormmamu, the inhabitant of the Dark Dimension, as the demon lay dying. Hood's life would be profoundly altered by that incident.

Parker Robbins, who was endowed with superhuman abilities, adopted the pseudonym "The Hood" and expanded his operations. Although he started to collect enormous fortune and create a little empire, his goals were always focused on obtaining the type of magical might to which he had gradually become hooked.

It's interesting how this jerk was elevated to the pinnacle of his power in the comics. The Norn Stones, which Loki had given him, served as a natural booster, enabling him to fully realize his magical potential. The Hood had the chance to grow during the 2008–2009 comic book storyline Dark Reign, which was centered on Norman Osborn. Osborn, who recognized the criminal lord's business zeal, made sure that The Hood would patrol the streets and keep the vigilantes in line with his group of outcasts and rogues. Politically, magically, and financially, he was more powerful than ever.

The model for what The Hood might do on the big and small screen has been established, even though it all finally came tumbling down. 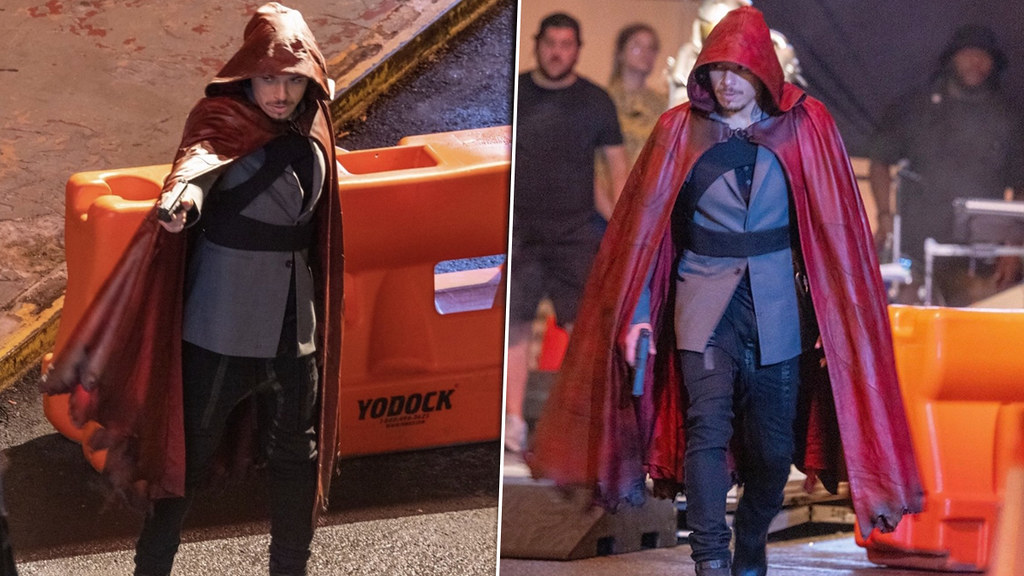 It's possible that The Hood's storyline in the Marvel Cinematic Universe has already been planned out. He must first make his debut, which is already planned. The adversary for the first season of Disney+'s Ironheart, which is scheduled to premiere in late 2023, has been announced as Parker Robbins. Although it's possible the villain may appear before this, this is unquestionably the place where he'll have the biggest influence right away.

There is already a casting notice posted. Anthony Ramos, known for his roles as John Laurens and Philip Hamilton in Hamilton, will play The Hood. He most recently played the protagonist character Usnavi de la Vega in the film adaptation of Lin-Manuel Miranda's play In the Heights. Ramos is a well-known actor with star power who might play a much bigger part. He most definitely possesses the acting talent to carry The Hood well beyond a probable cameo in Ironheart.

Additionally, The Hood's participation with two significant organizations, both of which may be crucial to the future of the MCU, contributed to his long reputation in the comics. 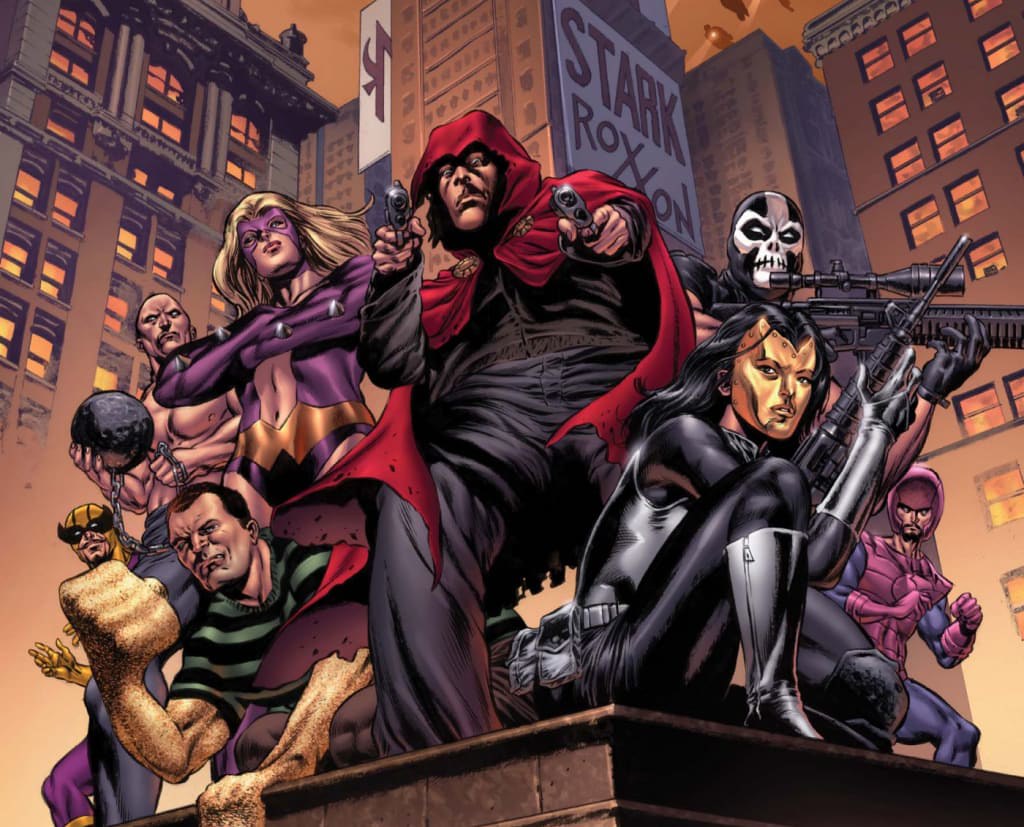 Without assistance, The Hood would not have been able to consolidate his authority and establish such tight control over New York. To begin with, Robbins had his right-hand lady by his side, who was undoubtedly the operation's brain and considerably more capable than he had ever been. Giulietta Nefaria, or Whitney Frost as she would later be called, donned the armor of Madame Masque, a persistent adversary of Iron Man.

But for this dynamic team to really hold onto their position, they required a far larger operation. The Hood's Gang stepped in at that point. Robbins and Frost made an effort to enlist and bring together the numerous Z-list criminals who had spent the most of their life being stopped by the very heroes they could now help capture, despite the fact that they never gave it a more official name.

The group's sheer roster size exceeds that of The Masters of Evil and even the Thunderbolts, making them possibly one of the largest evil groups ever assembled in comic books. Quality and quantity are not necessarily the same. The group's members included well-known characters like The Wrecking Crew, Wizard, Electro, Mister Fear, and Hydro-Man as well as gangsters like Mandrill, Man-Fish, Crimson Cowl, and Griffin, who were hardly identifiable.

It's interesting to note that there are indications that The Hood's gang may already be developing on camera. The comedy-focused and lesser-known villains that had filled out the Marvel Universe undoubtedly helped the criminal organization's comic book adaptation. They are plenty in the Disney+ programs, but She-Hulk more than holds its own in that regard.

Jennifer Walters will undoubtedly run across a lot of criminals that have either served in Hood's Gang or have the potential to serve in that MCU edition, based on the trailers, first episodes, and photographs that have been provided for upcoming episodes. The future additions of El guila, The Porcupine, Man-Bull, The Wrecking Crew, and Saracen suggest that there's a potential this might be the beginning of the roster's creation even if Titania is already a major candidate.

Completing The Hood's Gang's roster with other forgettable antagonists from the Marvel Cinematic Universe would be a lot of fun. There are a few perfect villains to include if Marvel Studios wants to swiftly round out the gang.

The Swordsman actor Jacques Duquesne, who played Hawkeye, may have greater leeway to explore his darker side because of his connections to a criminal auction ring. Melvin Potter's Gladiator is only one of the many minor offenders that the old Netflix programs like Daredevil may feature. Then there are individuals who may have dabbled with atonement before giving up on that notion. A potential addition is Razor Fist of Shang-Ten Chi's Rings. The squad may be completed with forgotten adversaries like Sonny Burch from Ant-Man and the Wasp or Shocker from Spider-Man: Homecoming.

There are innumerable characters that might provide an exciting dimension to this unstable alliance, regardless of the path Marvel chooses and the returning characters they choose to include. 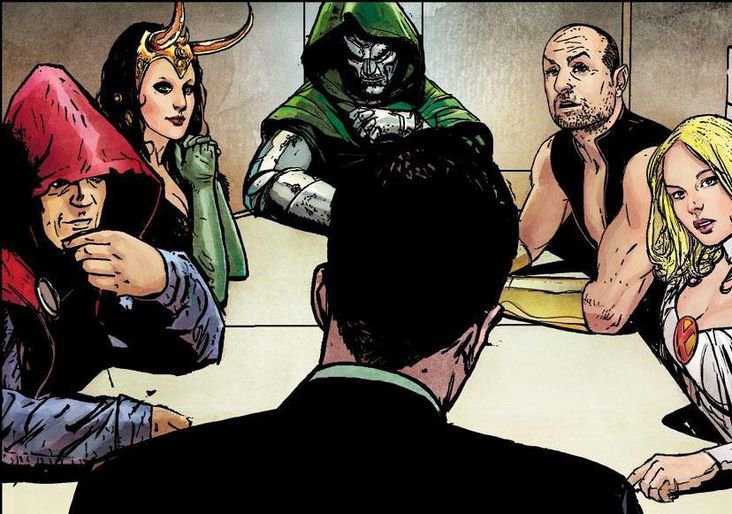 Robbins may have been the undisputed boss of his gang, but when it came to The Cabal, he was unquestionably at the bottom of the food chain. The Illuminati was exterminated after Norman Osborn took control of the nation's security in favor of his own version. Strong minds like Emma Frost, Namor, Doctor Doom, Loki, and ultimately Taskmaster were part of this Cabal. The Hood was inferior on every count.

Regardless, when he sat at that table, he represented a significant part of Osborn's empire. It was a sign that Parker Robbins as a character could still be used in such a large setting even if he wasn't taken seriously. Even though he may be manipulative and desperate, all of his gang members who may have formerly shared his goals are much outweighed by his astounding successes inside the criminal underworld.

The MCU's inclusion of the Illuminati suggests that Marvel may have further plans for the shadowy organization. There's a good chance that the villains will scheme in secret like the heroes of Earth-616, who may be influenced by the multiverse's Illuminati. If so, The Hood may possibly end up joining the Cabal's roster as an unexpected player, concluding the plot of the comic books. 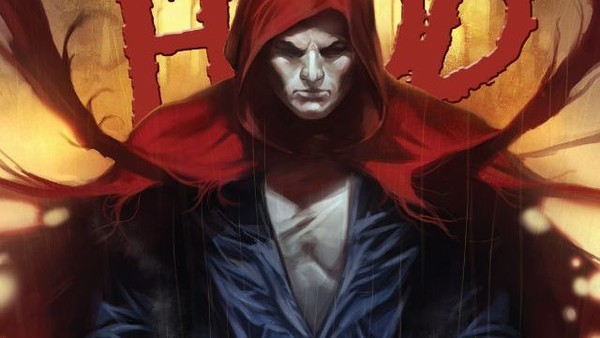 Why should The Hood be the next major villain of Marvel now that the plot of Parker Robbins in the comics has been established and his journey through the MCU is a distinct possibility? Well, someone needs to bring together the MCU's lower-level stories to wrap up many of the ongoing stories!

Captain Marvel, Thor, and Doctor Strange, who are able to protect the Earth from a multiverse danger, may be focusing on Kang, but there are so many more heroes who may be brought together by a different foe. He is a significant foe of everyone from Daredevil and Echo to Moon Knight and Blade because of The Hood's Gang and his supernatural prowess. The stakes are increased by integrating a variety of prior foes since no one has been able to combine these forces quite like this.

A legitimate menace for more than one vigilante to deal with, The Hood combines elements of the supernatural and the everyday world, but he also has the necessary past to make his rule all the more interesting. Parker Robbins' rough edge and related desperation set him apart from Kang, Thanos, and other villains the Avengers have faced, but it also distinguishes him from Kingpin, who might theoretically perform a similar role. 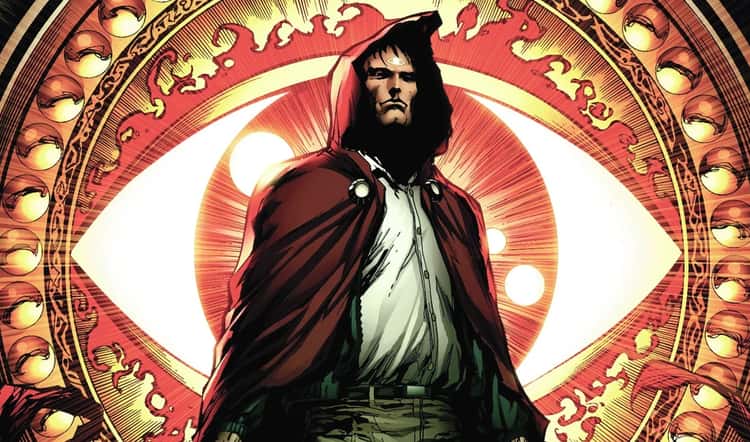 How probable is it that The Hood will unify the villains that fans have previously seen and play a significant role in the lives of several vigilantes as the next great bad of the MCU? With the debut of the character and so many recognizable roster members from his famed gang, there is some indication that Marvel may be headed in this way.