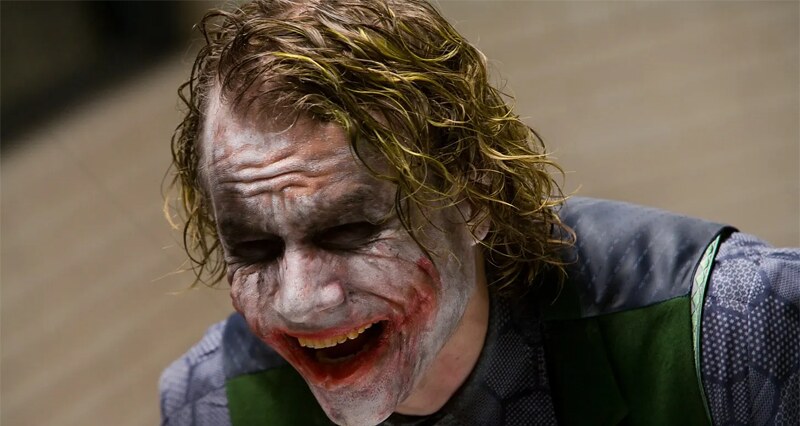 It's one of cinema's most memorable villain entrances. Heath Ledger's portrayal of the Joker, standing with a slight stoop in the center of a gigantic 70mm image, not so much dominates as commandeers the frame. He seduces the IMAX camera, which is still shooting large swaths of the cityscape around him, and drags it closer to his area of control, and so to us. Prior to this point in Christopher Nolan's The Dark Knight, the director's Gotham City ran like a clock. Even the most heinous criminals were enslaved by the urge to justify everything in cold, utilitarian reasoning.

Except for the Joker.

A wicked ghost has been called, and he's chosen to emerge out of thin air at this very time, on this particular street corner, as soon as we take our first breath close to Ledger's clown. He's come to seize Gotham's collective soul, but he'll take everyone who crosses his path with delusions of virtue, including you. 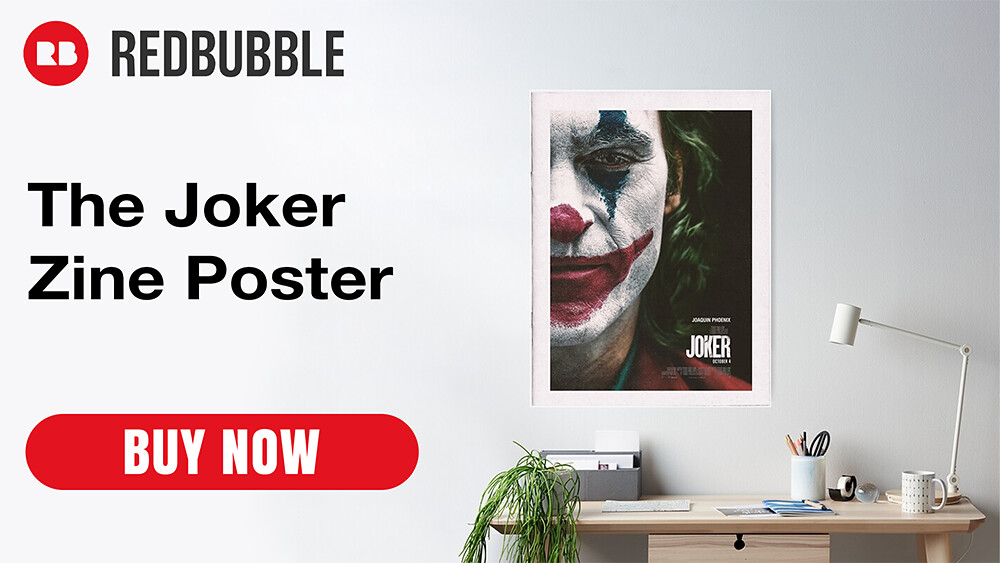 Of course, this is just a brief scene in The Dark Knight, a little tease before Ledger ever shows his makeup-covered face or says a word. In reality, Nolan and the actor play Mephistopheles with admirable restraint, first as a disguised Mephistopheles with a sing-songy voice until he unmasks at the end of a spectacular bank robbery. He later becomes a narrative presence when he reappears more than 20 minutes into the movie, presenting a magic performance for Gotham's criminal underworld.

As a stand-alone performance, there's a case to be made that none has ever been better in the superhero genre. Sure, there have been flashy turns in comic book blockbusters before and since Ledger, and there have even been terrific portrayals of the Joker before and after Ledger. Nonetheless, what the actor was able to accomplish in 2008 captivated spectators because he, like the character, was given the freedom to alter the film to his will—even as Nolan ensured that the film did not become a showcase for the performance.

Ledger's anarchist supervillain was a far cry from Jack Nicholson's hammy version of the same character in 1989, with strung-out hair, greasy self-applied pancake makeup, and a Glasgow smile that's as unnerving as it is uneven (suggesting perhaps half of it was self-inflicted to make a matching set of scars). It was aggressive in its time—and exciting, like a punk rocker storming into the mosh pit—for audiences and even comic book enthusiasts yearning for something darker than Nicholson. Indeed, Ledger patterned the character's appearance in part on the Sex Pistols' Johnny Rotten, and as the clown growls, there's more than a whiff of Tom Waits' gravel in Ledger's cadence.

But, more than aesthetic culture shock, Ledger's Joker's continuing horror (and not-so-hidden attractiveness) resides in his impact on the picture, both in terms of narrative storytelling and in terms of its enduring pop culture image. When it comes to the Joker as a character, he spends significantly more time off screen than on during The Dark Knight's runtime. The Joker appears for only 33 minutes of The Dark Knight's epic 152-minute runtime, far less than the normal span of a Hollywood blockbuster. Despite this, he is ubiquitous throughout the picture, casting a shadow over each of Nolan's three protagonists: vigilante Batman (Christian Bale), police lieutenant James Gordon (Gary Oldman), and district attorney Harvey Dent (Aaron Eckhart). 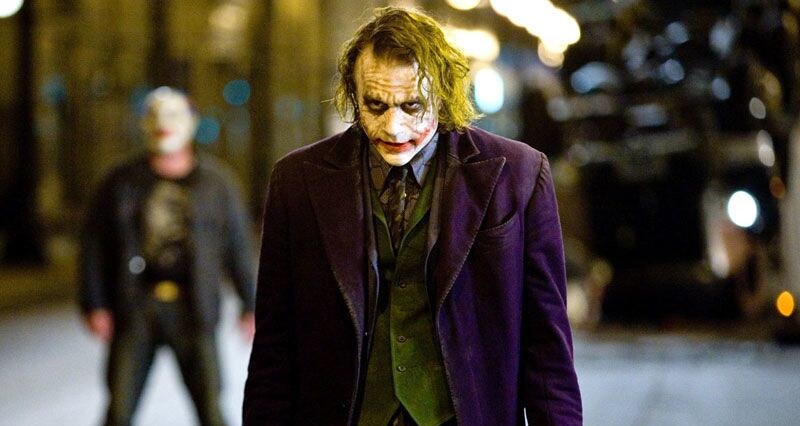 The scenario was inspired in part by another classic blockbuster, Steven Spielberg's Jaws, according to Nolan and his brother and co-screenwriter Jonathan Nolan. In both films, three diverse, antagonistic male authority figures gather together for a legendary battle against a presence so malignant and terrible that it transcends being merely a shark or a maniac in makeup—or, for that matter, a comic book supervillain. Joker, like the watery beast, has no character arc or psychological development. He's a limitless force of primeval evil. And as the heroes' battle with him progresses, it appears that their entire community's sanity is being dragged into the abyss.

Because of this framing, Ledger's Joker may serve as a catch-all stand-in for many of the social fears that kept Americans awake at night throughout the Bush years. Some of them continue to do so today. Of course, in the picture, the Joker is referred to as a terrorist, a non-state actor who cannot be bargained with and who does not follow established rules or concepts of justice. The lone wolf, usually a male gunman who pulls the trigger for no apparent reason, is also shaded. The Joker, above all, represents the void in which much of humanity's irrational aversion to violence is collectively stored and ignored by our cultural memory... until it can no longer be ignored.

"Some men aren’t looking for anything logical like money. They can’t be bought, bullied, reasoned, or negotiated with. Some men just want to watch the world burn," Alfred Pennyworth, played by Michael Caine, famously reasons. The Dark Knight's bite comes from that conclusion of peering into senseless, needless cruelty. And what a keen sting it has in scenes like when Ledger's Joker smiles maniacally at Batman, our ostensible hero who has resorted to pummeling (or torturing) the villain in a holding cell. "You have nothing to threaten me with, nothing to do with all of your strength," the clown gloats.

That is why the Joker is such an effective villain for The Dark Knight's parable about how to better use moral power in immoral (i.e. irrational) times—and perhaps why the thrill of Ledger's performance was so strong at first glance that it propelled him to a posthumous Oscar for Best Supporting Actor seven months after the film's release. 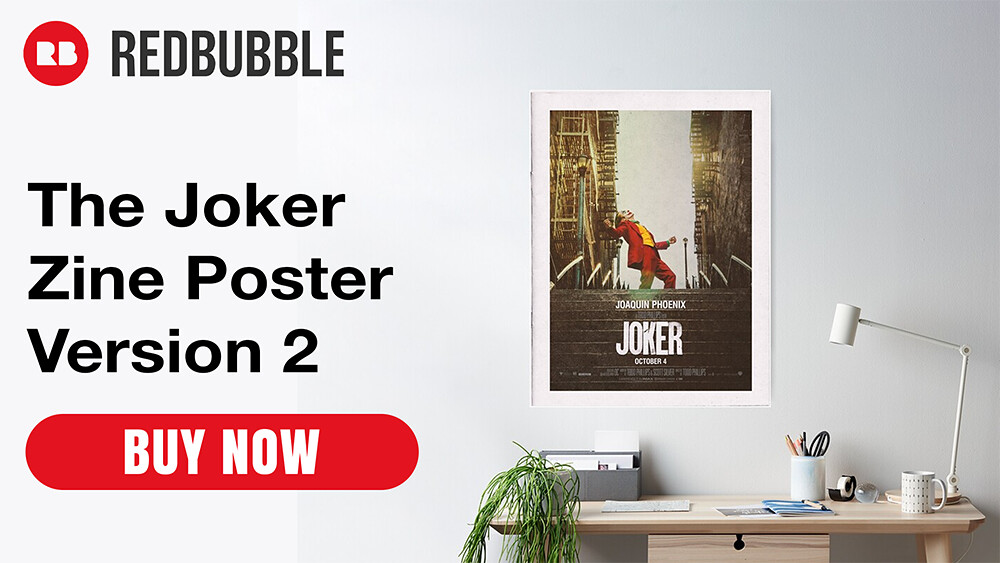 Even after all these years, Ledger's Joker, more than any other cinematic villain in recent memory, continues to haunt us. The image of the figure sliding his tongue out of the corner of his mouth, like a snake, and licking his scars—a habit Ledger devised to keep his prosthetics in place while increasing the creep factor—has lingered like a boogeyman in our minds. Thirteen years after the publication of The Dark Knight, Ledger's portrayal of the Clown Prince of Crime has been compared to Anthony Hopkins' Hannibal Lecter in The Silence of the Lambs or, well, that shark in Jaws. He's a cryptic and mysterious figure who appears very briefly in his film but leaves an unmistakable veil of evil over the proceedings.

The Nolan brothers recognize the terror of this, which is why they preserve the Joker as a cunning and elusive villain. Apart from his evident sociopathic traits, we know little about his inner-psychology and can only guess at his true motivations based on an unusual obsession with keeping Batman's attention. He claims to be a chaos agent who only wants to "do stuff," yet his well organized attacks contradict this. We never know the truth about why he is, and how he is able to do what he does, as we never know the truth about Amity Island's Great White Leviathan, or the original inexplicable nature of Thomas Harris' cannibal serial murderer in the first volumes.

That mystery keeps him alive in our minds long after the tale has ended and the credits have rolled.

After years of pop culture storytelling heading in the opposite way, notably in comic book movies and other fanboy-driven media, it's intriguing to explore that influence now. We prefer to rationalize and sympathize with evil, even while enjoying it, than than finding delight in its inexplicability or isolated visions. But, above all, we appear to have an insatiable want for more.

After thirteen years, Ledger's interpretation of the character continues to perplex, unnerve, and ultimately captivate audiences. He's still the last one to chuckle.